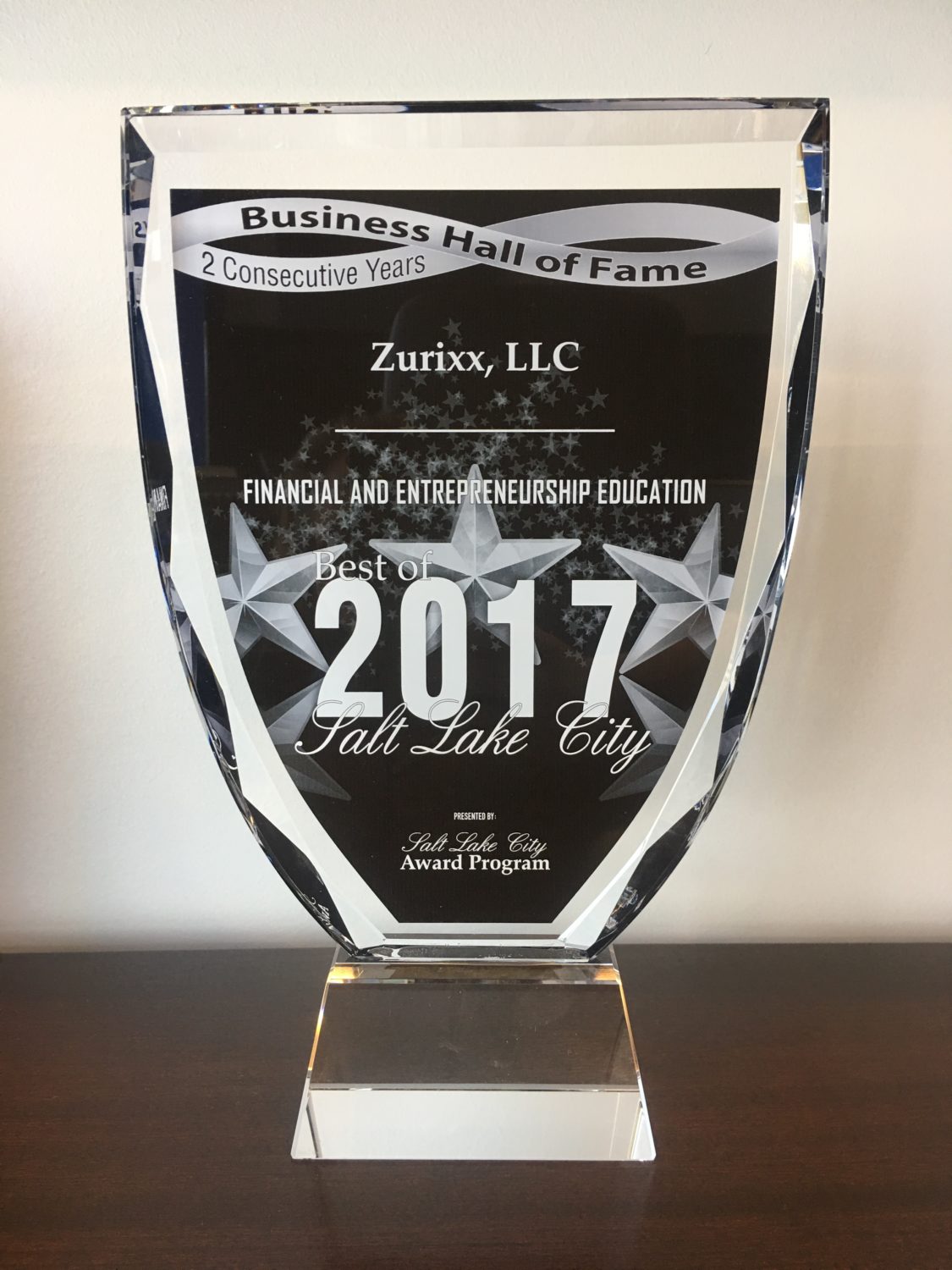 April 3, 2017 – Zurixx is a proud recipient of the Best of Salt Lake City Award for financial and entrepreneurship education. Zurixx is among a small group of companies that have won the distinction for at least two consecutive years, qualifying the company for the 2017 Salt Lake City Business Hall of Fame.

Each year, the Salt Lake City Award Program chooses the best local businesses, focusing on companies that exemplify the best of small business, often leading through customer service and community involvement. Companies that receive this award in consecutive years are recognized in the Best of Salt Lake City Business Hall of Fame.

“This recognition is the result of Zurixx’s dedication and efforts as well as the exceptionally hard work of all those within the organization who have helped build our success,” said Jeff Spangler, President of Zurixx Utah. “It is such an honor to be a part of making Salt Lake City such a great city to call home.”

Zurixx has sought to give back to the Salt Lake City community in a variety of ways, including donating $50,000 to the Huntsman Cancer Institute and Hospital in Salt Lake City and sponsoring local youth sports teams in the local Salt Lake City area. Additionally, Zurixx has been recognized for its award-winning workplace culture, being named continuously as one of the best companies to work for in the state of Utah and in the United States.